The feeling of FPS has been captured, and more succinctly, has been done well. To my knowledge no other game fills that console FPS itch as well as Adrenaline, besides perhaps, a console FPS.

The modern gaming revolution which is the first person shooter (FPS) that started on full PC’s, spread to consoles, has now become a table top game.

As a previous console player, this just sounds crazy to me. How could you ever hope to capture the frenetic whiplash feeling that is the FPS?

Delving into Adrenaline, we will explain how designer Neduk has attempted to do this, and whether we feel he was successful.

Adrenaline has four main parts, the player board (heads up display), the weapons cache, ammo drops, and play area.

Each of these has been thought out to best mimic the feel of an FPS, with minis instead of controllers.

When initially looking at the game, it just looks like a dungeon crawler. After playing it, the gameplay mechanics do feel very much like a FPS. On any given turn you can do two actions, pick up, shoot, or move. Then you pass the baton, and the next player plays. This goes on until the game says the round is over, based on how many deaths have happened based on the skull counter, 5-8.

I like the mini’s, they are reminiscent of old style arcade games.

The board, was just not particularly exciting. It is functional, but does not scream at you. The counter for points seemed a bit overdone with 1’s and 2’s and 4’s. I think a piece of paper would have been easier. Though my guess is, they were supposed to emote the scoring style of games like Borderlands, where each shot you see a HP value loss on the other players.

For me, Adrenaline is about the mini’s which are excellent. They are one of the few mini’s in a board game I would consider painting.

I know that is a slippery slope however, and just don’t want to start on that side of the hobby. But, they do deserve a good paint job IMHO.

The board is thick and functional, which is what it needs to be, so kudos there.

The cover art and minis fit my idea of a FPS game. The board is a bit boring, but functional, and quite frankly, the necessary part of the game, is the minis and the player board.

The teardrops for taking off hit points is fantastic, which I really like. It just feels like my character is crying. Props to the tears.

I like FPS games on consoles, and have ever since Borderlands first came out. It made FPS fun and approachable. The rest of the games of those days were overly serious. That was not the case with Borderlands.

Adrenaline seems to have taken the formula that was so successful before, a silly FPS, and transplanted it into a board game.

I really enjoyed playing it, and it will likely make it to our table regularly. We are in strong like with the fun factor of Adrenaline. There is not another game out there that fills this niche so well.

The age range suggested is 12+.

I tend to agree for one main reason, I would not allow my younger child to play FPS on a console. Therefore, I should not encourage that on a board game.

I like Adrenaline. The rule book is an irreverent mess. However, it is supposed to be. You’ll see what I mean when you see it.

The feeling of FPS has been captured, and more succinctly, has been done well. To my knowledge no other game fills that console FPS itch as well as Adrenaline, besides perhaps, a console FPS.

I give this game a BUY rating. It is not a game that will fill my top shelf, but I have a feeling it will likely float on the second shelf down, for a long time to come. 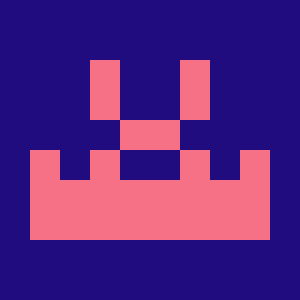