The game is made quite beautifully, and one of my favorite things is the honey dice or bee colored dice.

You are controlling a hive of bees. The lives of the entire hive, in your hands. Will you build a thriving hive dedicated to the glory of your queen, or will you crumble under the theft of your bee brethren in neighboring hives?

Ultimately a game of strategic decisions that are all punishing, the design was made to be as close to the life of bees as possible in a board game format. For me, a layman in the bee world, I have no idea, but it all sounds good.

The weight of this game falls under its own board game hubris, not because it is not well thought out, but because the rulebook has many glaring issues. Once we were able to get past the setup, the gameplay is relatively straight forward.

Think of it as a 4X that also has a bit of worker placement and resource management.  The choices you make initially in the spring, ONLY affect you, and your hive. But Spring doesn’t last, and summer will roll around, and your opponents will also start rolling over your hive.

The end game is based solely on victory points, which were sparse. Rack them up while you can, and avoid negative points, like you would a plague of mites.

BGG has a LOT of questions and answers and clarifications. For me as a reviewer, this bothers me. I would hope that if the game gets a re-print, it will address a lot of these rules and setup questions. For example, at the beginning of the setup, it should tell you the first few steps are to be ignored in the first month of spring. Instead, it tells you much later in the rules, this is the case.

Setup was painful, gameplay, once it was set up, was a joy.

I happened upon Bee Lives at #gencon2019, I saw it and was immediately intrigued. Not because of the fancy booth, or loudness of the game, but rather because the designer was truly excited about the fact that the game mimics the life of bees.

I think his intent was to make a game for his apiarist friends, that would also be approachable by the common man audience, as edu-tainment.

The game is made quite beautifully, and one of my favorite things is the honey dice or bee colored dice.

The box has no inset to speak of to better manage how the game is put away. I think this misses the spot in the current board game environment. Putting the game away seemed like an afterthought. There were not enough plastic bags in my box to put away all the bits and pieces. This is not a huge issue for me as a reviewer, as I have plenty of extras. But, for some home users, I can see this being frustrating.

The art is calm and relaxed and feels very based off of natural environments. I think this is exactly what the artistic team was going for, and I think they hit the nail on the head.

It is pleasant art, and easy to justify enjoying the art, for the art’s sake. A win on both ends of the spectrum of game art.

Once you get past the initial setup the separate boards that become one, make this a fascinating puzzle of a game. If you enjoy unique game mechanics, this will be a no-brainer for you.

I liked very much that the game took itself seriously, but enjoyed that with tempered silliness. I think others will enjoy the same.

The game suggests 14+ and due to the headaches at setup, I think this is a fair estimation.

The game does require some advanced mental mapping, and for that reason, I think they got the age range nearly perfect.

I can tell this game was a labor of love.

I enjoyed the beauty of the game and the ideas that it was trying to build upon. I think it needed more time in the editing room for the rule book. The game could have been more enjoyable, had that not been an issue.

Once we dug into the game, I really enjoyed the round to round of the game and some of my own choices that later stung me.

I think this game could be a masterpiece and hope that it has enough staying power that it can add an expansion that fixes the issues I had with the game. I am truly in like with this game. I think you should consider playing it, and see what you think. If you do, feel free to comment below. 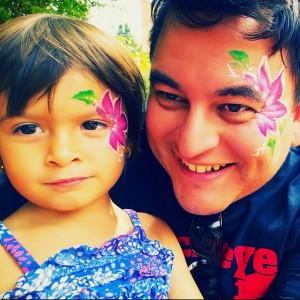 A game to destroy your delicate sensibilities; Cutterland – Hobbyworld – Review