Viral had a bit of buzz going into convention season, likely aided by its status as a new entry to the Dice Tower Essentials line of games.

You are a virus.  Having just infected a patient you must now spread out and multiply, infecting other organs.  You are not alone. Other viruses are trying to spread and gain control of the patient. Too much viral activity can spark a crisis in the organs.  The more viral activity, the more the patient’s immune system responds. Can you earn the most Viral Points and become the winner?

Viral is a game of area control for two-five players from Arcane Wonders and is part of the Dice Tower Essentials Line.  Players assume the role of Viruses and will attempt to gain Viral Points (VP) through control of various vital systems within the human body.  Players will orchestrate their virus’ movements through careful card play. Each player will begin the game with zone cards for each of the six zones, each made up of one or more organs, and an identical hand of five mutation cards.  Mutation cards will provide the actions that players may take on their turn. There are numerous actions available ranging from simple actions like move and infect, which allow viruses to either move or be added respectively, and more advanced actions like a magnet and absorb.  They are all detailed in the rulebook,

It is important to note that Viral uses the term “organ” to mean region so as an example, the heart and lungs are each two-organ zones, while the stomach, small intestine, and large intestine make up a singular three-organ zone.  The board clearly marks the regions and the directions in which viruses can travel, but players will have to exercise caution in their first few games. Players will also take a number of virus tokens based on the number of players.  Players will determine a starting player and then place their tie-breaker tokens in the marked table. Then, in reverse order, players will place one virus into any organ. All players place a scoring token on the scoring track and a research token onto the research track matching their color.  Decks are shuffled, the crisis tokens go into the crisis area which features a table describing what triggers a crisis based on player count, and the six-zone tiles are placed randomly with their white side facing up.

Viral is played over six rounds, each containing six steps represented graphically on the left side of the board.  Before understanding the individual steps, some general rules. If too many virus tokens are placed in the same organ it triggers a crisis.  For any ties during any of the game’s steps, players will consult the tie-breaker track. Any VP earned are tracked immediately and if a mutation card space on the scoring track is reached, that player immediately chooses a new mutation card to add to their deck, either one of three face-up cards are the top card from the deck.  As soon as the first player reaches 21 VP, the zone tiles are flipped to their higher scoring side. Finally, when viruses are removed, they are removed back to the player’s supply.

In Step one, player’s will select a zone card and a mutation card.  The mutation card will show which actions can be taken and any symbol with a blue background must occur in the matching zone selected by the player.  Once all players have done this, this action is repeated a second time. These four cards are then moved into the timer space of the player boards and will be unavailable in the next game round.  Step two is research. Players will determine who has control of each zone and award VP as indicated by the zone tiles. Control of zone requires at least one virus token in each organ of said zone, with most tokens overall winning.  The zone tiles also indicate how much the winning player must adjust their research token, usually increasing it. Regardless of where a player is on the research track, they always earn the VP associated with winning a zone. In Step three (Event), an event card is drawn.  The event cards are highly unpredictable and can range from great impact to little or no effect. Simply follow the instructions on the card.

Step four is the Immune Response and will see players resolving any crisis tokens on the board.  If there are virus tokens in an organ in crisis, the player with the most viruses will score two VP, while each other player will score one VP.  Next, all viruses are removed from that organ. In Step five, any virus at the top of their research track is temporarily cured and all matching virus tokens, except for those with a shield, are removed from the board and their progress on the research track is reset to zero.  Step six sees the end of the game round and the tie-breaker track is reordered according to VPs going top to bottom in reverse order of points. At the end of six rounds, the player with the most Viral Points is the winner.

Viral had a bit of buzz going into convention season, likely aided by its status as a new entry to the Dice Tower Essentials line of games.  The mix of area control mechanisms coupled with the theme of being a spreading virus was appealing and the art had an interesting cartoony quality.

Opening the box, you will find the game board, five-player boards, 15 player tokens for the various game tracks, eight double-sided Zone tiles, four Crisis tiles, 40 Virus tiles, and a deck of 80 cards.  In this deck are 25 Starting Mutation card, 30 Zone cards, 22 additional Mutation cards, and 13 Event cards. The tiles have a good thickness and feel sturdy and are easy to grab. The cards are of quality card stock and will hold up well through repeated plays.  The insert is a basic insert and can easily be tossed.

The art in Viral is very crisp.  The bright color palette pops off the cards and components.  The art has enough character to reinforce the mechanisms behind each card but is never cumbersome or in conflict with the gameplay.  The game board is easy to read and follow. Regarding user experience, the graphic design and layout make the game flow really easy to understand and interpret once you have familiarized yourself with the game concepts.

Viral is primarily a game of area control which, as a mechanism, is pretty simple to comprehend.  The complexity in Viral primarily comes from the rhythm of the card play and that in every game round, you will not have access to the two-zone/mutation card combinations you used in the previous round.  This requires the ability to think ahead and favors strategic thinking over a tactical approach. However, the events add some randomness, so expect to have your plans affected and adjust accordingly. The box suggests ages 12 and up, which I think is accurate for an age that children can be expected to be able to play, though I think younger children can certainly grasp the gameplay.

I really enjoyed Viral.  Some of my favorite movies growing up were Innerspace and Fantastic Voyage, so the theme really resonated with something in my core.  Waiting for those used cards to be refreshed back into your hand provided just the right level of brain crunch. Coupled with the uncertainty of what the other players are doing, there were plenty of moments where players’ plans saw perfect execution.  While others fizzled frustratingly due either to poor management or another player’s interference. This created a nice ebb and flow of tension and laughter.

The tie-breaker mechanism provides a small ability for players to catch up, but is not overpowering.  Players will regularly get to add three to four mutations cards to their hands over the course of play, and brings just enough of the feel of deck-building that it provides that same question of whether to double down on a certain style of play or to expand your options or maybe you just take the card that is worth the most Viral Points.  The Event cards inject some randomness into the game, but nothing that should on its own make or break your experience.

You should definitely make a point to try Viral and I can see it making its way into many collections. 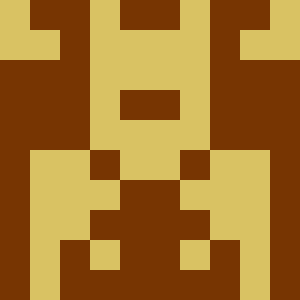 I'm a lifelong games enthusiast from SW Ohio. My tastes run the gamut and extend to miniatures gaming and role-playing games. I am also an avid PC and console game enthusiast. Beyond gaming I am a medieval historian, dad, and musician. I am unabashedly passionate about my interests and love to chat about the hobby, perhaps over bourbon.
All Posts